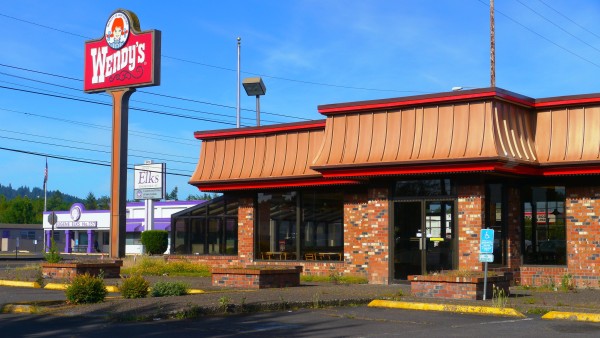 I am a huge fan of a self-organizing team. I picked up this quirk long before I ever wrote a line of code — we’re talking at 17, working the lunch rush at a Wendy’s. The organized chaos of of the front counter is a thrilling thing to experience; two registers constantly loading up 2 orders each, a sandwich maker and grill cook working a choreographed dance to keep fresh beef and chicken flowing to warm buns, runners filling drinks as they call out for a Biggie fry. And…no manager.

The manager was there, obviously. Or more accurately, they were nearby. Observing the flow, looking for disruptions. Pulling the angry customer aside. Bringing up a sleeve of cups to make sure no one had to leave their post. Wendy’s went so far as to rename the position the manager had as the “operations leader” in order to rewire the company’s thinking. The manager didn’t direct the action, they weren’t a star player on the field — they were a coach, a strategist, a scout. You stayed on the sidelines, let the crew do their job, and jumped in to deal with problems as they arose.

Sure, if a register operator wasn’t asking anyone to “Biggie-size” their combo, the manager over-hearing this would remind them of procedure. But they weren’t sitting in the middle of the kitchen, directing everyone’s movement. Each member of that team understood their job and just did it. They would react to the feedback provided by the manager — “We have another 10 cars in the drive thru line” or “The void percent is getting high.”

Looking back, the lunch crew wasn’t just a collection of A+ professionals executing as some amazing hive-mind. When I was started on being a runner, I theoretically knew everything I needed to do–how to fill the cups with ice, what the codes on the screen meant, where to stage trays, how to pack a to-go bag. But Jackie had been doing this job, with and without runners, for five years. She had a mindboggling wealth of experience, and fortunately was willing to share it.

“Don’t wait to get the chili on this order — it’s the only thing you need till the sandwich comes up, and you can use that time to make the drinks for this couple on the next order.”

“Okay, see those four construction workers that just walked in? Just call out the four Biggie fries now so Juan knows he needs to drop more.”

“Didn’t you see we just refilled that iced tea? It’s too hot–see if drive thru will get you one so it won’t water down as much.”

The same thing happened with everyone else — sandwich makers who would tell me how I could help them go faster, or suggest things I can do to finish the order while they were running behind. The folks on the fry station who would direct me to scoop my own fries while they dropped more into the fryer. A hundred or more little suggestions or directions in the course of a two and a half hour rush shift. Almost none of them coming from a manager.

Gradually, I began to be the person giving those directions. “Just set up a new tray every time, don’t bother waiting till they tell you it’s to-go or not.” “Hey Juan, I see about 8 people heading inside!” “Janet, the group that loves grilled chicken is here, do we have enough up?”

There wasn’t a diminished leadership presence because of the manager being removed to a more strategic role, there was an increased in localized leadership. People who understood the immediate needs spurred their peers in the right direction, helped to avoid mistakes, and provided praise for the little-but-crucial things done well that would never warrant attention from management with their eyes on the big picture.

There’s really not much difference between a software team and a fast food team. In fact, I’d say the primary success metric is the same for both teams: how often can you deliver customized, completed work to the customer?

In-before-derisive-comments-about-“burgerflippers:” All jobs boil down to a series of steps to be followed. Mastery of a role boils down to understanding how those steps can and should be adapted in the face of rare or new situations. Is mastery in running a fry station an easier goal than mastery in writing data layer logic? Based on my experience, it’s impossible to tell — both roles have plenty of people who want to achieve mastery, and both have plenty who just phone it in.

An incorrect order (a burger instead of a chicken sandwich, for instance) is a lot like a bug. And just like a bad software team that treats bugs as part of the process, a bad Wendy’s has adapted to remaking orders after the customer complains. A good Wendy’s (or software) team is horrified every time they make a mistake that reaches the customer — and works together to avoid the mistake in the first place. They aren’t just winging it, assuming “If I’m doing this incorrectly the manager will stop me.” And they aren’t letting their peers do that either.

A self-organizing software team is a group of professionals who are comfortable enough in their own skills and their place on the team to provide leadership when it is appropriate. If Jane sees a security gap in some code Bob worked on, she’s able to constructively point it out and help resolve it. If there’s a pipeline problem creating a bottleneck, no one waits for management to authorize fixing it — Mia just pops open the YAML file and fixes it. If there’s missing test coverage around a critical flow, Linda doesn’t need to get management’s permission to address it with Tyler before it gets merged. If all of these interactions had to flow through a single point of authority they’d just outsource the whole team within 6 months.

So what IS the manager’s role if everyone’s a leader? Let me get into that next time, since I’m willing to bet not many of you read even this far.